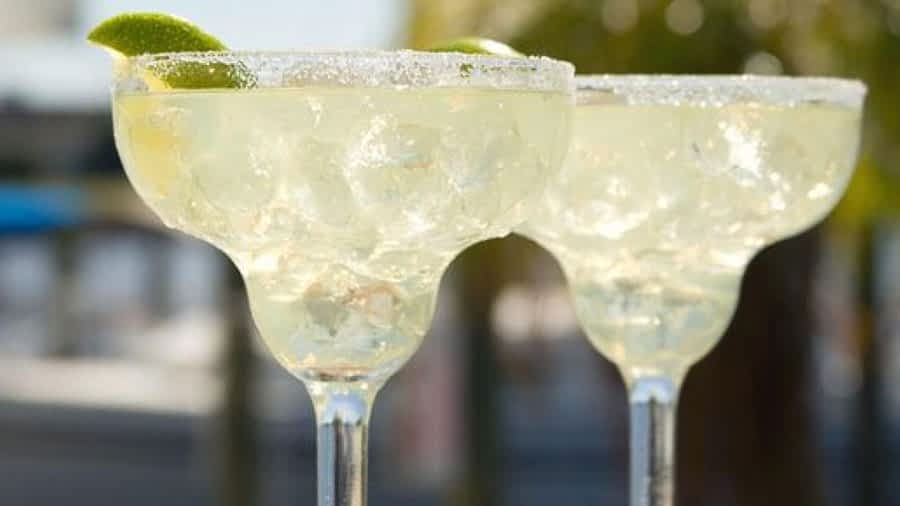 Who was the original Margarita that inspired the classic cocktail? A Celebrity, Showgirl or Socialite?

There are at least 10 stories purporting to be the true origin of this sweet, sour, salty party in a glass. Not surprisingly, many center around a mysterious, seductive woman as the inspiration. The 1992 obituary of Carlos Herrara (San Diego, Calif.) named him “the man who topped the tequila concoction with salt and called it a Margarita.” Herrara’s relatives say he invented the cocktail in 1938 or ’39 when he decided to combine tequila with lemon juice, shaved ice and triple sec — topping the blend off with a layer of salt on the rim of the glass. His idea for the name came from a showgirl who called herself Marjorie King who apparently was allergic to all hard alcohol except for tequila. It was in her honor that he called his drink a “Margarita.”

Another legend places the birth of this cocktail in 1940s Hollywood by Enrique Bastante Gutierez, a former cocktail champion who mixed drinks for some of the world’s most famous film stars. Apparently actress Rita Hayworth was one of his loyal customers and he invented the drink especially for her, whose real name was Margarita.

Yet one more story surrounds American socialite Margarita Sames who was notorious for her house parties in Acapulco during the late ’40s. Always wanting to impress her glamorous society guests she came up with the idea to mix up a new drink to chase away the hot Mexican sun. According to legend the “Margarita” was a hit and “kept the party going for two weeks.”

Regardless of which story you believe, one thing is for sure, the Margarita has stood the test of time and is one of our favorite cocktails.

When making margaritas, you can use long stemmed glasses. This will help keep the drink chilled and away from warm hands. To chill glasses, rinse them and place them stem-side up in a freezer for about 15 minutes. Remember to never place fine crystal in a freezer. The key to a great margarita is not to over salt the rim of the glass. Start by running a quartered lime around the rim of the glass. Pour some coarse or kosher salt onto a napkin, and then lightly touch the glass rim to the salt. Shake off any excess so that only a small crust remains.

When using fresh limes, roll the whole lime back and forth on a table before cutting it. This releases more flavor from it. If you must have frozen margaritas instead of on the rocks, make sure you don’t use too much ice when blending your frozen margaritas. It only needs to be enough to barely float in the liquid (usually a large handful will do). Blend for only about one minute, or until you no longer hear the ice churning. The mixture should appear to be thick and slushy. To make thicker textured frozen margaritas, place the filled blender canister in the freezer for about 10-15 minutes before serving.

In a pitcher (or blender), combine the sugar and water, stirring until the sugar is dissolved. Add the lemon and lime juices, as well as the splash of orange juice. Mix in the tequila and the triple sec, stirring well. Keep it in the refrigerator until you’re ready to serve.