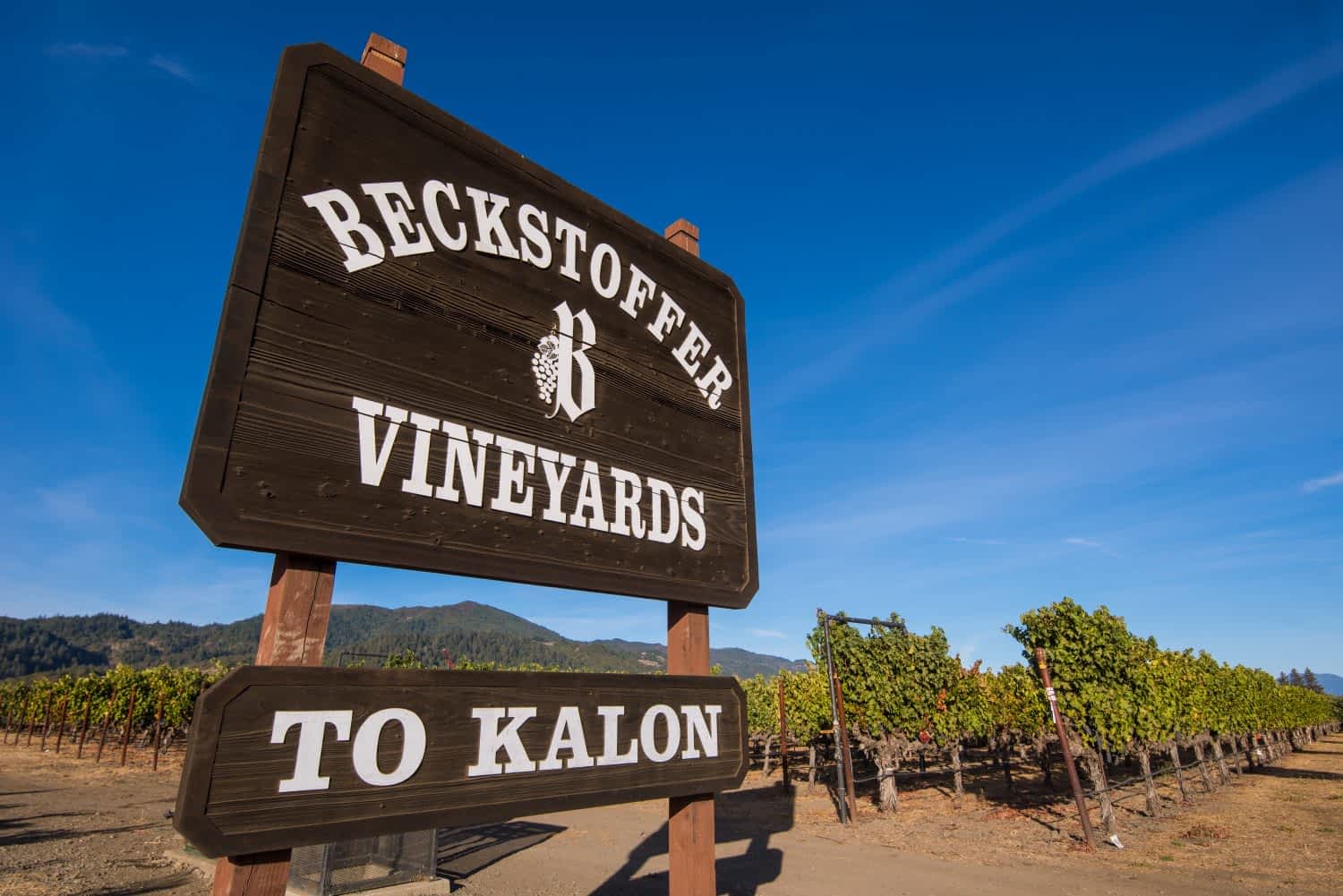 Perhaps the most prized vineyard designation in American winemaking is Napa Valley’s “To Kalon” (Greek for “the highest beauty’), created by pioneering winemaker H.W. Crabb in the late 19th century. But the owner of part of the original To Kalon estate says Constellation Brands and its Robert Mondavi Corporation fraudulently obtained a trademark of To Kalon and have for years deceptively marketed it.

In a lawsuit filed today in U.S. District Court in Northern California, The Vineyard House said it must be entitled to fair use of the To Kalon designation.
Constellation owns 188 acres, a fraction of the original 527-acre To Kalon Estate, yet improperly refers to all of its area holdings as “To Kalon,” according to the suit.

The suit also asks that Constellation discontinue the practice of selling wines improperly labeled “To Kalon” that are actually produced from other Constellation properties, to correct misleading information it filed with the U.S. Patent and Trademark Office, to conduct an advertising campaign to counteract and correct its false statements to the public, and for unspecified monetary damages.

To Kalon’s Fame and Value

By the end of the 1870s, Crabb transformed what ultimately became a 527-acre estate into one of the most productive wineries in California. Along with venerated winemakers like Charles Krug and Jacob Schram, Crabb helped transform the Napa Valley into a premier wine region and To Kalon into a national brand. Crabb established an extensive distribution network that allowed him to ship products to the East Coast and Midwest, helping stimulate demand for Napa Valley wines as early as the 1880s.

In the years since Crabb’s death in 1899, property comprising his estate underwent a series of ownership changes and divisions. Today, 17 acres of the original To Kalon Estate – land Crabb owned at the time of his death – is owned by The Vineyard House, part of TVH’s total 43-acre parcel in Oakville. TVH’s property clearly dates back to Crabb.

Mondavi and Constellation’s Improper Exclusive Use of To Kalon

To Kalon’s value and mystique continued to grow in the 20th century. Robert Mondavi acquired much of the historic To Kalon estate in the 1960s and aggressively marketed its connection to the famed property to sell super-premium wines.

In 1987, Mondavi requested and received a trademark for To Kalon from the U.S. Patent and Trademark Office. While the company had for years labeled its wines “To Kalon”, it claimed the designation had “no current meaning or significance in the wine industry” as support for its exclusive use, even though it had numerous studies to document To Kalon’s enormous value. Mondavi sought exclusive rights to use the vineyard’s name even though it did not own all of the original property and, strikingly, began using “To Kalon” to describe wines produced from other Mondavi properties. Mondavi further marketed the To Kalon connection in the Opus One venture launched with Baron Philippe de Rothschild in 1984.

The lawsuit claims these actions constitute false advertising and false designation of origin as described in federal law and demands that Constellation stop this deceptive practice immediately.

Further, because To Kalon describes a specific geographic place, federal regulations prohibit its exclusive use. TVH must be entitled to fair use. Constellation’s trademarks, which were improperly obtained, must be cancelled, according to the suit.